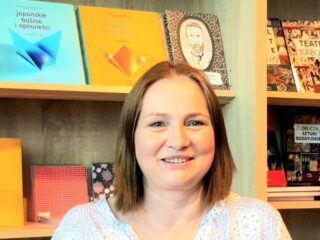 Japanese player, translator, curator of artistic events. She graduated from Japanese studies at the Jagiellonian University and MA studies in Japanese literature at Toyo University in Tokyo. Since 1999, he has been working at the Manggha Museum of Japanese Art and Technology in Krakow, where he deals, among other things, with foreign contacts and the organization of artistic events and scientific conferences.