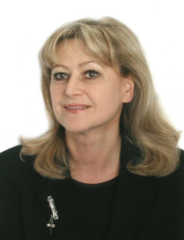 Casting director. Graduated in Polish Studies with a major in Film and Television at the University of Gdansk. She started working in film as an assistant director and then as a second director working with such directors as Krzysztof Kieślowski, Krzysztof Zanussi, Stanisław Różewicz, Andrzej Trzos Rastawiecki, Stanisław Bareja, Jan Łomnicki and many others. Since 1980 she has worked as a second director and casting director on almost all feature and TV films of Krzysztof Kieślowski.

Since 1989 she has been working as a casting director for feature films, series, TV theatre, TV programmes, commercials, theatre performances and various other forms. He works with both Polish and foreign directors and productions (English, French, Czech, Slovakian, German, Danish, Italian). He conducts workshops for actors and casting classes in theatre schools in Krakow, Wroclaw, Lodz, Gdynia and Warsaw. Since 1999, initially together with Maciej Dejczer and Krzysztof Lang – currently with Blanka Barkan Popowska she has been running the production company Rebecca Studio which produced, among others, Kazimierz Karabasz’s film “Pan Franciszek” in the documentary series “Returns”. Since 2006 she has been an international casting expert in Poland within the European online casting programme E-Talent. Member of the Polish Film Academy.