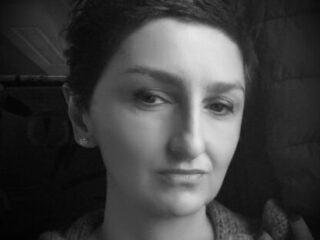 Monika Talarczyk   – film scholar, PhD, professor at the Film School in Łódź. She specializes in the history of Polish cinema and minority cinema (cinema of women and foreigners). Her output includes 3 books devoted to female directors, including   Everything about Eve. Barbara Sass’s films and the cinema of women of the second half of the 20th century   (2013),    Biały mazur. Women’s cinema in Polish cinematography   (2013),   Wanda Jakubowska. From the begining  (2015) and numerous articles and essays about the film. In 2014, she received the PISF Prize. Twice nominated for the “Kina” Prize for them. B. Michał. He collaborates with Krytyka Polityczna and works for gender balance in the film industry. A member of EWA (The European Women’s Audiovisual Network), the Women’s Film movement, the Women’s Filmmakers Association, and FIPRESCI.