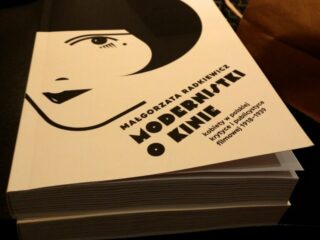 Prof. dr hab. Małgorzata Radkiewicz– film scholar. He works at the Institute of Audiovisual Arts at the Jagiellonian University. She deals with issues of cultural identity and the creativity of women in cinema, photography and contemporary art. Her interests are expressed in the publications: “In search of a way of expression. On the films Jane Campion and Sally Potter “(2001),” Ladies of the gaze. Film theory and the practice of female directors and artists ”(2010). Moreover, the author of books about Derek Jarman (2003), debuts in Polish cinema of the 90s (2006) and about queer cinema (2014). In 2015-2018, coordinator of the research project of the National Science Center: “Pioneers with a camera. Women in cinema and photography in Galicia 1896-1945 “, which resulted in articles in” Kultura Współczesna “,” Przegląd Kulturoznawczy “and” Kultura Popularna “. In 2015, she conducted research presented in the monograph: Modernists about cinema. Women in Polish film criticism and journalism 1918-1939 ”(2016). Member of the Council of the Museum of Photography in Krakow.