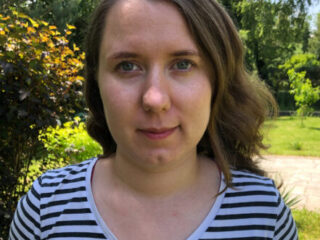 Film producer, production manager, cultural activist, graduate of Czech Philology at the University of Wrocław and the Faculty of Film Production Organization at PWSFTviT in Łódź.

She has made many short films and two feature-length documentaries awarded at festivals around the world.

She has been associated with ZK Studio since 2012. He specializes in contemporary social documentaries with elements of humor and intellectual provocation. He works with producers and TV stations all over the world, such as HBO Europe, Arte, SVT, DR, MDR, NRK and Al Jazeera Balkans.

Graduate of IDFAcademy 2017 and Ex Oriente Films Workshop, scholarship holder of the Ministry of Culture, National Heritage and Sport