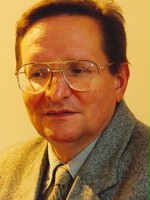 Born in 1942. Director associated with the Documentary and Feature Film Studio (WFDiF). In the 1970s he was Krzysztof Kieślowski’s assistant, acting as the second director. Since 1977 he has been making his own films: “The Third Righteous”, “The First Examination”. – Honorable Mention at the Oberhausen Festival, “The True Story of a Porcupine”. – Prize at the Ecological Film Festival in Stargard, “The Businessman and the Clown”, “I’m so-so” – Grand Prix at the Marseille Festival and Best Documentary at the Karlovy Vary Festival. Film Tony Halik describes the world (screening – June 1998). He wants to prepare a series Filmy o filmach – histories of making the most famous Polish films in the years 1956 – 1989. The series will begin with a film about Andrzej Wajda’s Popiele i diamencie / Ashes and diamonds. Currently, he intends to shoot a sequel to Krzysztof Kieślowski’s famous documentary from 1980. “Talking Heads”.