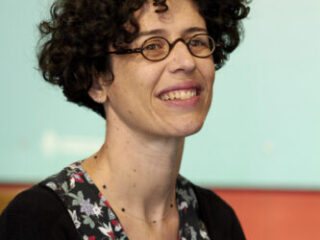 Cecilia Cenciarelli is responsible for the research and special projects department at Cineteca di Bologna (Italy), where she has been working as an archivist since 2000. She curated the Charlie Chaplin Archive and oversaw its digitization, cataloging and dissemination. He currently works at the Keaton Project – reconstructing all his masterpieces from 1920-1928 – and at the Bernardo Bertolucci Archives.

Since its inception in 2007, it is a member of the World Cinema Project team – a special program run by The Film Foundation to protect and disseminate endangered film heritage – which has helped to restore, preserve and show over forty films from Africa, Asia, Eastern Europe Central America, South America and the Middle East.

Cecilia is one of the four artistic directors of the Il Cinema Ritrovato film festival, as well as the vice president of FIAF.