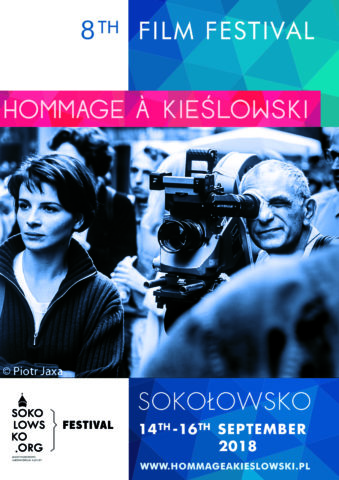 We are collecting funds for the 8th Edition of the International Film Festival Hommage à Kieślowski.

This year for the first time the festival did not receive financial support from the Ministry of Culture and National Heritage. Therefore, we came up with the idea to ask you – viewers, friends of cinema, admirers of Krzysztof Kieślowski and his work as well as anyone, who wants to support Polish culture and its development. We cannot imagine that this year’s edition will not happen because of lack of funding. We kindly ask you to become Patrons of this extraordinary event!

Festival Hommage à Kieślowski is an initiative of Contemporary Art Foundation In Situ, the artist’s family and friends. The aim of the festival is to create a place, where invited festival guests, viewers from Poland and the world, lovers of Kieślowski’s films will be able to meet and watch films by Kieślowski and other directors, whose films somehow refer to Kieślowski’s work. This exceptional and the world’s only festival devoted to Krzysztof Kieślowski and fans of his films will take place for the eighth time, this year under the honorary auspices of Maria Kieślowska, the great director’s wife.

The film, which sets the tone for this years programme will be a French, Polish and Swiss co-production directed by Krzysztof Kieślowski based on the script by Krzysztof Piesiewicz and Krzysztof Kieślowski entitled “Three colours: Blue” (“Trois couleurs: Bleu” 1993) realised with the cinematography by Sławomir Idziak and Zbigniew Presiner’s music.

Our special guest this year will be a prominent Czech director Petr Zelenka known from films such as “Buttoners”, “Year of the Devil” or “Karamazovi”. During the festival this year the audience will be able to watch a retrospective of his works and participate in a meeting with the director. The meeting will be moderated by the curator of Czech day Petr Vlček.

In 2018 the festival will present films under the following sections: