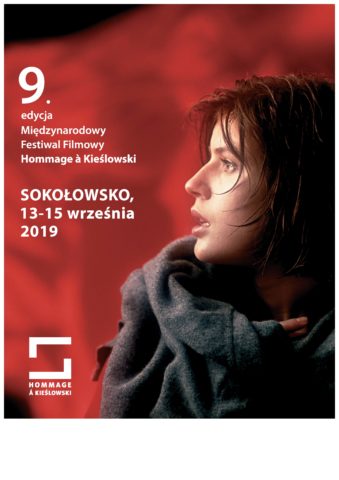 Every year, Sokołowsko – a picturesque town near Wałbrzych and an important place in the life of Krzysztof Kieślowski – celebrates cinema. The festival screenings will take place at the ZDROWIE Cinema-theatre, the multimedia room at the Cultural Laboratory of the IN SITU Foundation, an open-air cinema and in the spaces of the historic Brehmer Sanatorium. This year the festival will be held in Sokołowsko on 13-15 September. The patronage over the event has been taken by Maria Kieślowska, the wife of the late director and the good spirit of the festival, who constantly supports the development of this project.

The main theme of this year’s edition is COOPERATION. The world of film does not exist in a vacuum – it is essential to maintain the mutuality between all the fields that make up a finished work. The evolution of cinema remains, to a large extent, a story of solidarity, necessary to create and to survive. At the institutional level, we intend to create a platform for professional scriptwriting and educational cooperation within the framework of the festival activities. At the international level, we wish to cooperate with different countries so that Sokołowsko can host a diverse cinema, which would provide our audience with a unique aesthetic and emotional experience.

The highlight of the opening ceremony will be the screening of the film essay “3 Colours: Silver” (produced by the prestigious British film magazine Sight & Sound). 30 years after the release of “Red”, Singer (the author of the work and the guest of this year’s HAK) examines the famous trilogy, making an interesting comparative analysis between its parts. Between the shots, he creates an intriguing reflection on the passing time in the filmography of the Polish master. Film essays are widely regarded as the future of film criticism.

The 25th anniversary of the premiere of “Three Colours. Red” will be celebrated with a special screening of the film, followed by a panel attended by, among others, Krzysztof Piesiewicz (screenwriter, the most important professional partner of Kieślowski), Piotr Jaxa (still photographer of “Three Colours”), Urszula Lesiak (editor of “White”), Tadeusz Sobolewski (film critic) Michał Oleszczyk (internationally renowned film critic) and Zdenek Holý (dean of the prestigious FAMU film school in Prague and Czech translator of books about Kieślowski). The discussion will be moderated by Łukasz Maciejewski.

Cooperation with the Czech Republic and Czech cinema screenings remain one of Sokołowsko’s main specialties. This year we have decided to refresh this formula and focus on what the Polish audience loves, i.e. Czech comedies. Not only will we explore the latest productions, but also reflect on how to create a script for a comedy film, how to construct humour in cinema, how it changes in the context of national cinema, how to make high-quality entertainment cinema, which at the same time would encourage reflection… During the panel “Czech comedies today” we will discuss why we love Czech comedies so much and what determines their worldwide, uninterrupted popularity they have enjoyed for decades. The panel members will include Tomáš Pavlíček (a successful young generation director and screenwriter) and Robert Sedláček (one of the most interesting contemporary Czech directors, an artist involved in both cinema and television). The meeting, hosted by Petr Vlček (curator of the festival’s Czech section, expert in European cinema), will conclude with a screening of the most awarded Czech comedy last year, “Bear with Us” (Chata na prodej, 2018) directed by the aforementioned Tomáš Pavlíček. FOCUS: THE CZECH REPUBLIC section will also feature Robert Sedláček in his own mini retrospective. We will see his film “Jan Palach”; there will be a master class with the director and a meeting about his work.

LESSON OF CINEMA
Beginning with this year’s edition we launch a new film series ” Lesson of Cinema”, as part of which we are planning a screening of “The Kid” (1921) by Charlie Chaplin (this year marks the 130th anniversary of his birthday) in a specially arranged space of Brehmer’s Sanatorium. It is worth mentioning that this is one of Krzysztof Kieślowski’s most beloved films. This section will also feature “Varda by Agnes” directed by Agnes Varda, an outstanding director and representative of the French New Wave, who died this year.

The section of Polish documentaries, represented by young artists, promises to prove rich and exciting. A series of meetings with the makers will be hosted by Michał Oleszczyk. At the invitation of our curator, Sokołowsko will host such guests as Małgorzata Imielska with her film “Love and Empty Words” (Miłość i puste słowa, 2018) and Paweł Wysoczański with his film “Long Day Tomorrow” (Jutro czeka nas długi dzień), Grzegorz Brzozowski with “A Stranger on My Couch” (Obcy na mojej kanapie , 2017) and Michał Hytroś with “The Sisters” (Siostry, 2018).

In this section, the audience of the Hommage à Kieślowski festival will be one of the first to watch – before the competition screening at the Polish Film Festival in Gdynia – Xawery Żuławski’s already famous film “Bird Talk” (Mowa ptaków). The screening will be followed by a meeting with the director and Sebastian Fabijański, one of the leading actors. We will also see “Werewolf” (Wilkołak) directed by Adrian Panek and “Back Home” (Powrót) by Magdalena Łazarkiewicz.

Opening of the Kieślowski Archives

The festival will culminate with be the Opening of the Kieślowski Archives. The aim of the Archives is to acquire, digitize, preserve and disseminate archive materials related to the work of one of the most outstanding European directors.

The film screenings, meetings and debates will be accompanied by an exhibition of previously unpublished photos from the set of the “Three Colours” trilogy by Piotr Jaxa, a friend of the festival and a great professional in his field. Throughout the festival, there will also be an open-air cinema, screening Krzysztof Kieślowski’s films in the unique atmosphere of the park surrounding the Brehmer Sanatorium.

This year’s edition is curated by Diana Dąbrowska, Michał Oleszczyk, Petr Vlček and Mikołaj Jazdon. All information and the programme are available at www.hommageakieslowski.pl

The main sponsor of the festival is BNP Paribas Bank. The organizers have also decided to finance the festival by raising funds at zrzutka.pl. You can donate any amount at https://zrzutka.pl/e6vmes